DIYLILCNC Lecture at Pumping Station: One 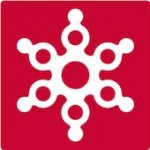 Join Taylor Hokanson and Chris Reilly at Pumping Station One for a ~45-minute lecture covering the history and evolution of the DIYLILCNC project, some general background of CNC technology, some of the shortcomings of the present state of CNC and how those are addressed by open-source hardware projects like the DIYLILCNC. We’ll also go over the specs of the DIYLILCNC, giving details about how it is built and its functions.

Pumping Station One is a hackerspace located in Chicago, similar to groups such as the Cowtown Computer Congress, NYC Resistor, NoiseBridge, HACDC, and others around the country. Its mission is to foster a collaborative environment wherein people can explore and create intersections between technology, science, art, and culture.  PS: One hosts classes on electronics, programming, crafts, and any other skills that members (or guests) are willing to share.