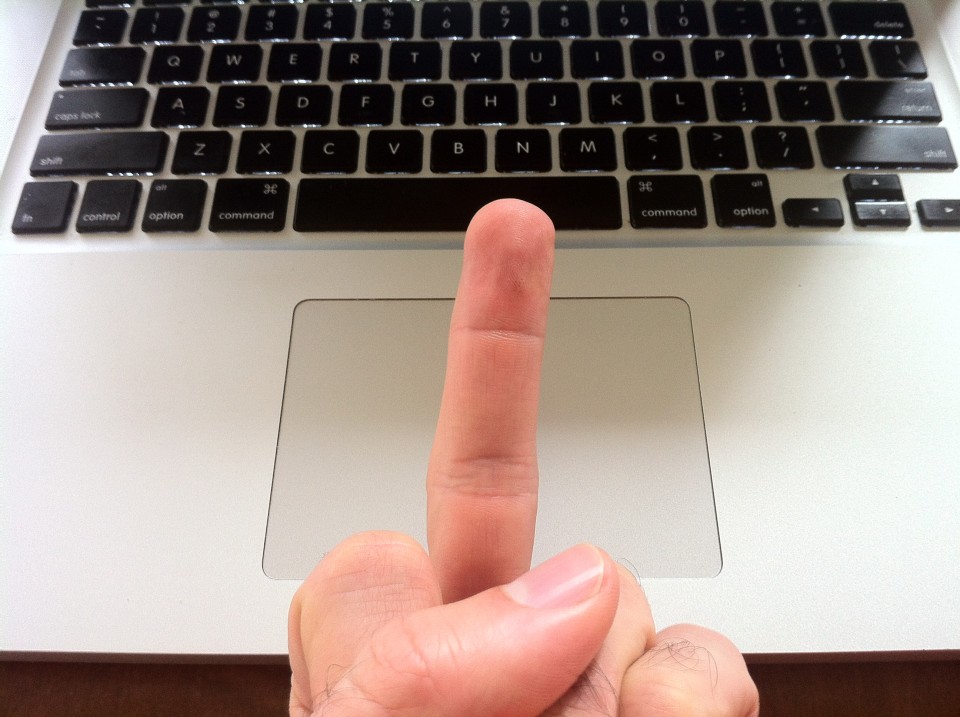 To set this up on your Ubuntu machine (technically it should work in Gentoo and Arch too) first install xf86-input-mtrack. In a Terminal, enter the command:

Then edit your xorg.conf file (if you prefer a text editor besides gedit, use that instead):

You may have existing configurations for the synaptics touchpad driver. Comment out existing stuff by adding a # to the beginning of each line. Then add the configuration block from above. There are a lot of additional options for mtrack covered in the readme.

Then apply your changes by restarting lightdm (no reboot required, but all your windows will be closed!):

by Chris 10 years ago